The Cats of Istanbul

Just for something completely different I would like to talk about cats. Istanbul has a lot of them. 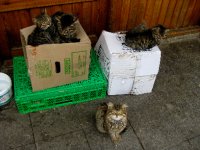 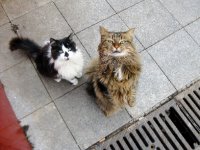 Anyone who has spent time here will know what I am talking about. You see them everywhere - in markets, on top of mosques, in windows of homes, in parks - they are literally everywhere. These cats are unique because unlike in other countries like Mexico where cats are (appallingly) an extension of the rodent family, The Cats of Istanbul are loved. 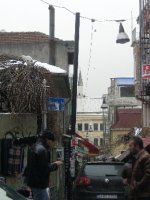 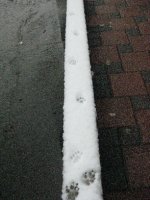 If you mention The Cats to Istanbullus they soften. A twinkle emerges from their eyes and their stern lips twitch into a smile. Of course this is a generalization of a city of over 18 million people, but it is telling that when someone reacts violently or dismissive toward one of The Cats they are immediately rebuked by whomever they are with, or bombarded with a semi-automatic onslaught of tsk's from passers-by. It is not hard to imagine this collective protectiveness is a cultural relic from ancient Egypt, but that may be too romantic a notion. Either way, it is touching.

In sleet, snow, hail or famine The Cats of Istanbul will be taken care of. If you look closely as you walk its winding streets you will see little packages of food left out for the animals. The contents change but the story is always the same: Istanbullus do not waste food - instead they package it up and leave it tucked away under a park bench or in the enclave of a doorway. Vancouverites compost, Istanbullus feed The Cats. 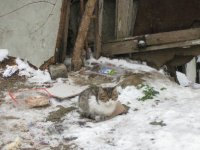 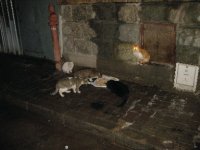 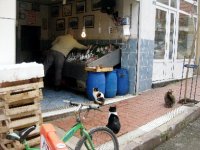 In neighbourhoods around the city there are volunteer groups with the sole mandate of looking after the area's felines. An old woman living in a cold basement apartment near mine puts mats outside her door for The Cats to sleep on and leaves out small piles of food. When approached her face lit up and with a big smile she said, 'Pussycats. Beautiful.' Then she gently waved me away as if to say, That's all the English I know. It goes without saying that these animals will be tended to regardless of individual circumstance or means. It is a thrill to watch a city as large and diverse as Istanbul willingly, joyously, share the task. Truly, this city loves its Cats. 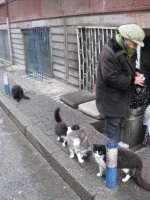 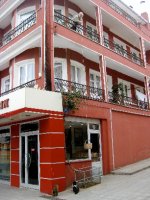 It is tempting to liken The Cats to the city's communal pet, but they are so much more than that. The Cats are not the sum of many individual cats, but one connected entity that moves and breathes and fills the cracks of the city, holding its social fabric together. Sure, this is a society of tea and sweets and flavoured tobacco, but these things merely mark the surface of Istanbul's identity. The Cats are its heart. The haunting chorus of twilight calls defines the city as much as the call to prayer settling over its busy streets. And unlike the heart of a person, which is oft difficult to truly see, the heart of Istanbul is in its streets, perched on its walls, and in its homes. It beats with the collective kindness of a people, and it is beautiful.